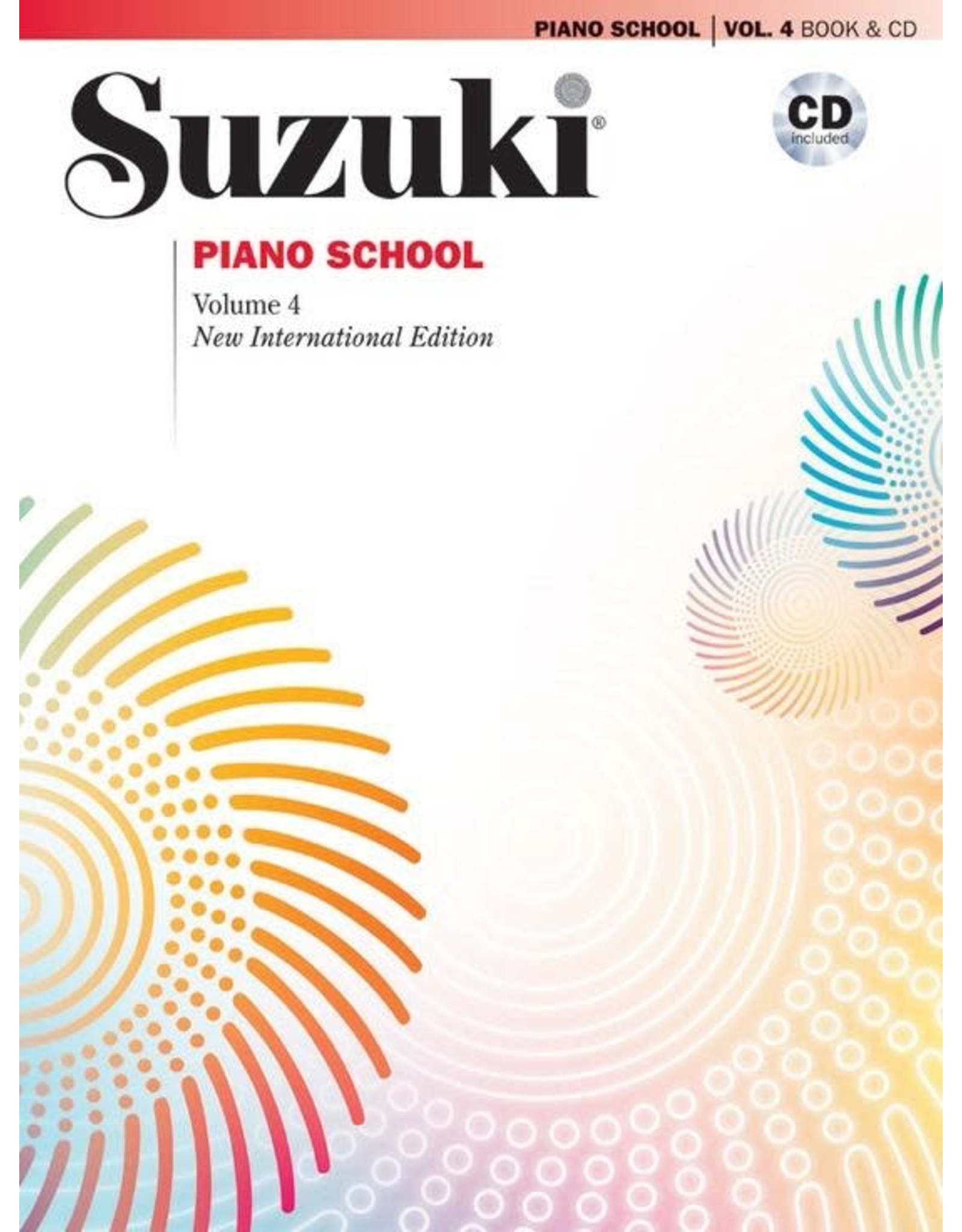 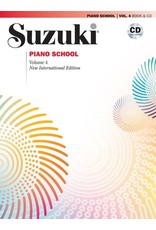 The New International Edition of Suzuki Piano School, Volume 4, includes French, German and Spanish translations as well as a newly recorded CD performed by internationally renowned recording artist Seizo Azuma. Now the book and CD can be purchased together or separately.

The contents have changed to include a new piece, Tcherepnin's "Bagatelle." Mozart's "Minuet III" and "Minuet VIII," from 8 Minuets have been removed, and Bürgmuller's "Arabesque" and "By the Limpid Stream" have been moved here from Book 5.